Summer is always busy in Clifden and this year is no exception, in spite of the atrocious weather. There is a multitude of demands – children to be occupied, ferried around, fed and watered ( yes the basics, ) gallery business to be attended to, a new part time summer job ( teaching art at the Elm Tree Centre in Clifden which is an absolute joy for me ) and last but not least, paintings to be made. I generally start the summer with a grand plan which puts my painting right on top of the list but life invariably takes over, and painting gets shunted down the pile. Having a new studio space has helped enormously however as I can work in the evenings when I can muster up some energy. I also know that come September, I will have many more painting hours during the day and that is a good feeling.

This painting was begun and completed during the studio move – it measures 13″ x 17″ which is large by my standards. I think it came about due to the excitement of having my own space and being free to make as much mess as I need to. The composition was loosely based on this photograph below. This view of the land, expansive and wide is wild and romantic with its swirling grasses and anchoring line of mountains in the distance. 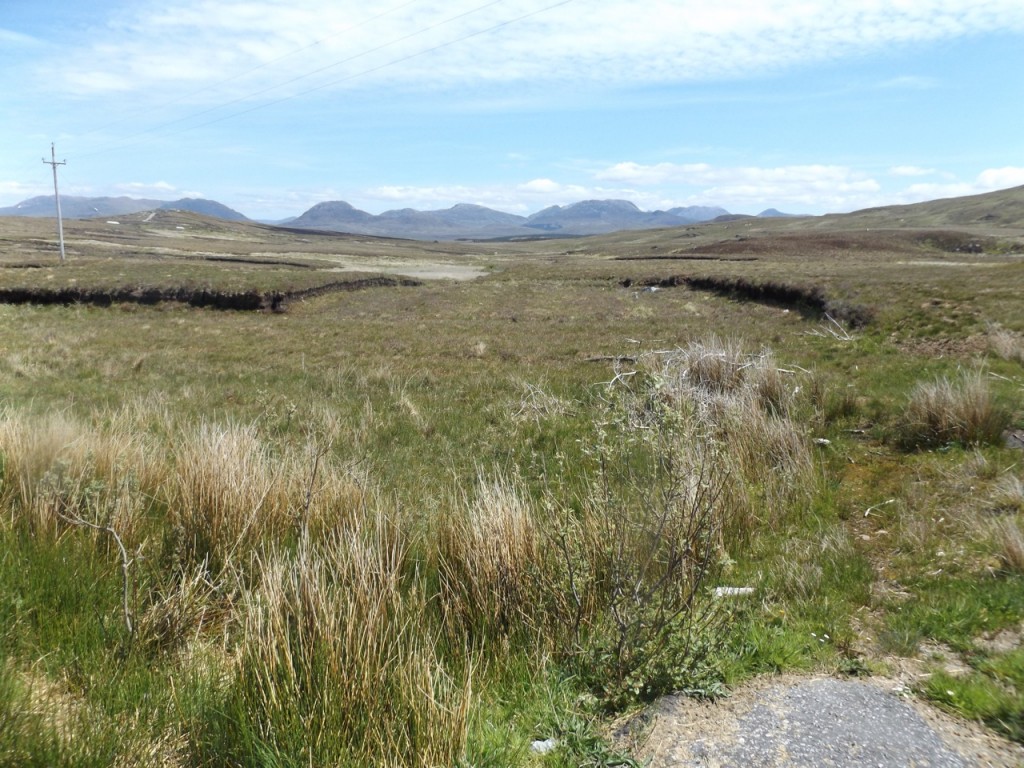 I wasn’t sufficiently organised to take photos of the painting in progress so here it is again below. I have taken huge liberties with colour ( as I am wont to do ) and have darkened the areas around the central plain. This picture was taken before the piece was varnished so the colours are richer in the finished piece. Gavin is currently making a frame for it so we can hang it in the gallery and we’ll put it up on the website shortly ( www.lavelleartgallery.ie ) 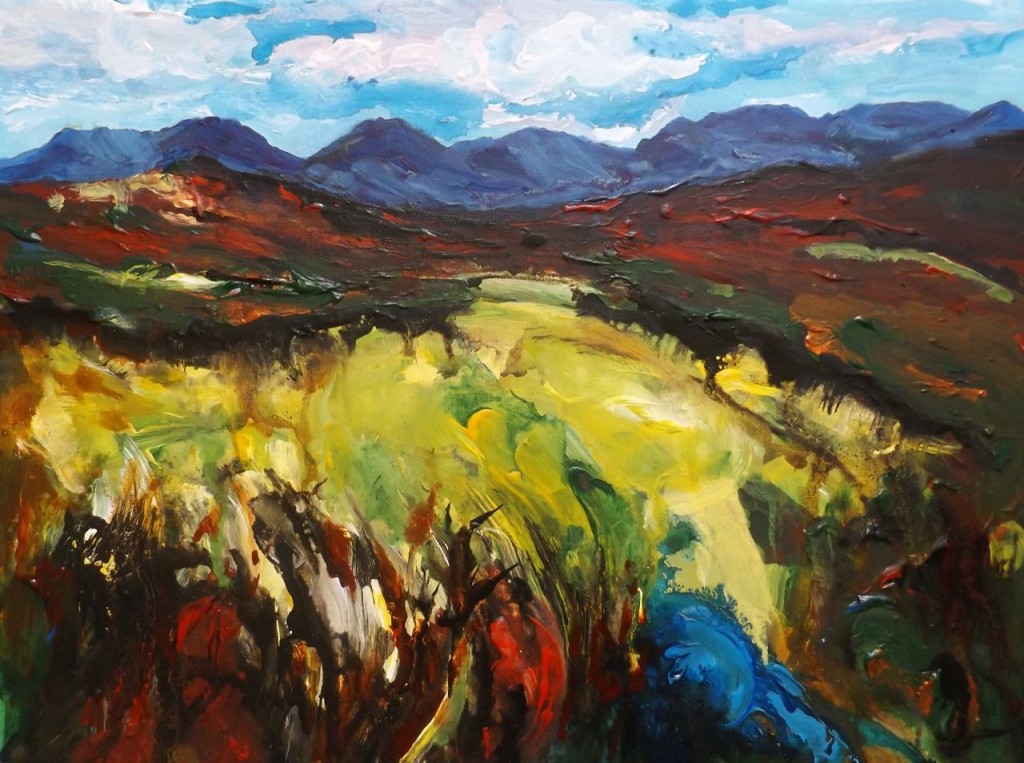