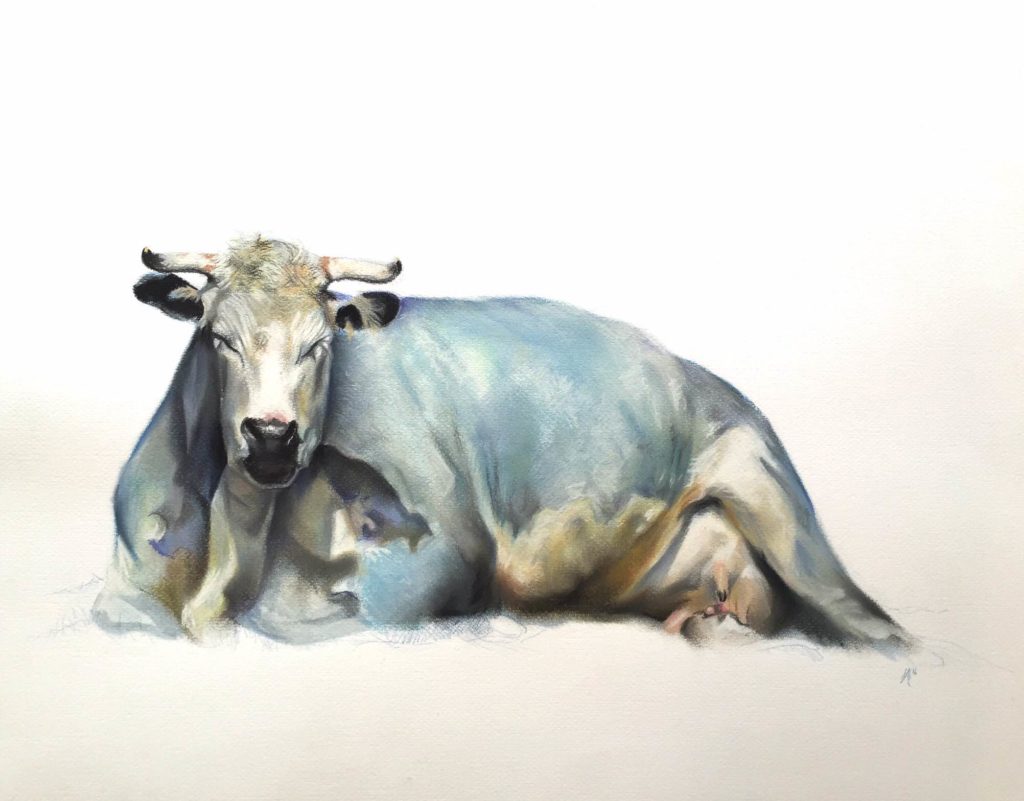 We are delighted to welcome three new artists to the Lavelle Art Gallery this summer – Frances Ryan, Dave West and Aaron Holton.  END_OF_DOCUMENT_TOKEN_TO_BE_REPLACED

It’s the second of May, the sun is out and there are some interesting sounds coming from the eaves of the Lavelle Art Gallery this morning. It sounds just a bit like this;

My studio has been slowly filling up with paintings for my forthcoming exhibition for Clifden Arts week 2015. There’s nothing quite like a deadline to focus the mind and I’ve been taking advantage of any free time available to get some work done. END_OF_DOCUMENT_TOKEN_TO_BE_REPLACED 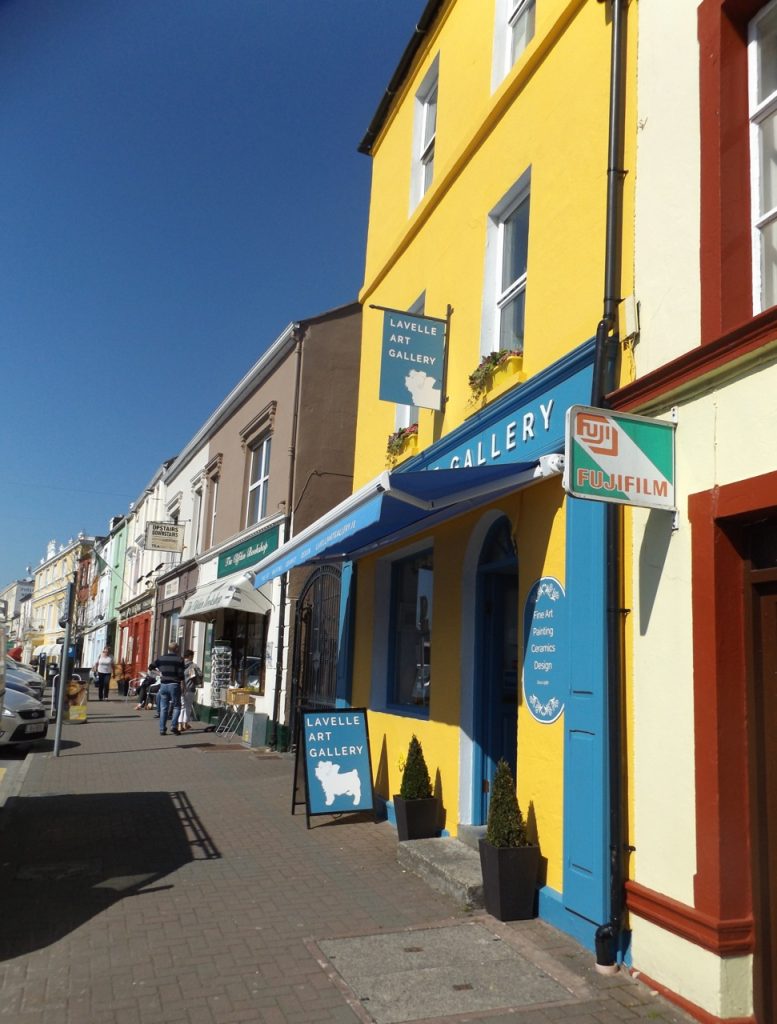 Clifden came alive this Easter and although the rush has subsided, there is still a good energy about town as visitors continue to arrive and the sun continues to shine. People started arriving on Good Friday and by Saturday, the town was full. There was a fantastic energy on every street – people sipping coffee out of doors, restaurants busy with their new bills of fare, shoppers bustling in and out of doorways and not a free parking space in sight.  END_OF_DOCUMENT_TOKEN_TO_BE_REPLACED

I have been working on two small seascapes over the last number of days. The surface is a heavyweight paper, prepared with gesso and mounted on canvas board. They each measure 15.5 cm x 10.5 cm. There is something satisfying about working on paper, its texture is fine and chalky compared to canvas and the surface holds the colour very well.

I approached these two paintings differently in that I finished them in one sitting, alternating between the two. I worked with the material in a more deliberate way, playing with the fluidity of the paint – sometimes thick, sometimes very thin. I allowed the inks to react with the paint, moving the imagery around until I arrived at something close to the effect I was looking for. This method reminds me of working with clay – creating a vessel on the wheel and then distorting it, trying to capture the fluidity of the material while it is wet. In these paintings, I tried to capture the energy and movement of the sea but also it’s darkness and it’s danger. I’ve called the first ( pictured again below ) ‘Ink Dark Sea.’ 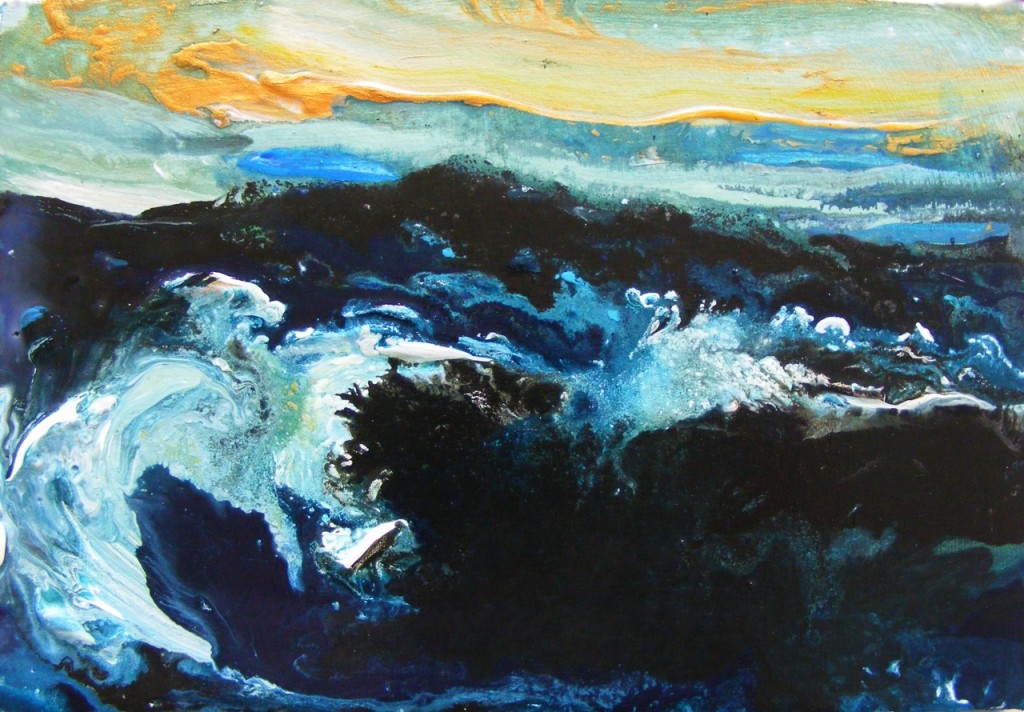 The second painting is titled ‘ Steel Blue Swell.’ I’ve indicated a hint of land in the distance but I did not worry too much about a horizon line.

The use of red and a hint of gold breaks the dominance of the blue. 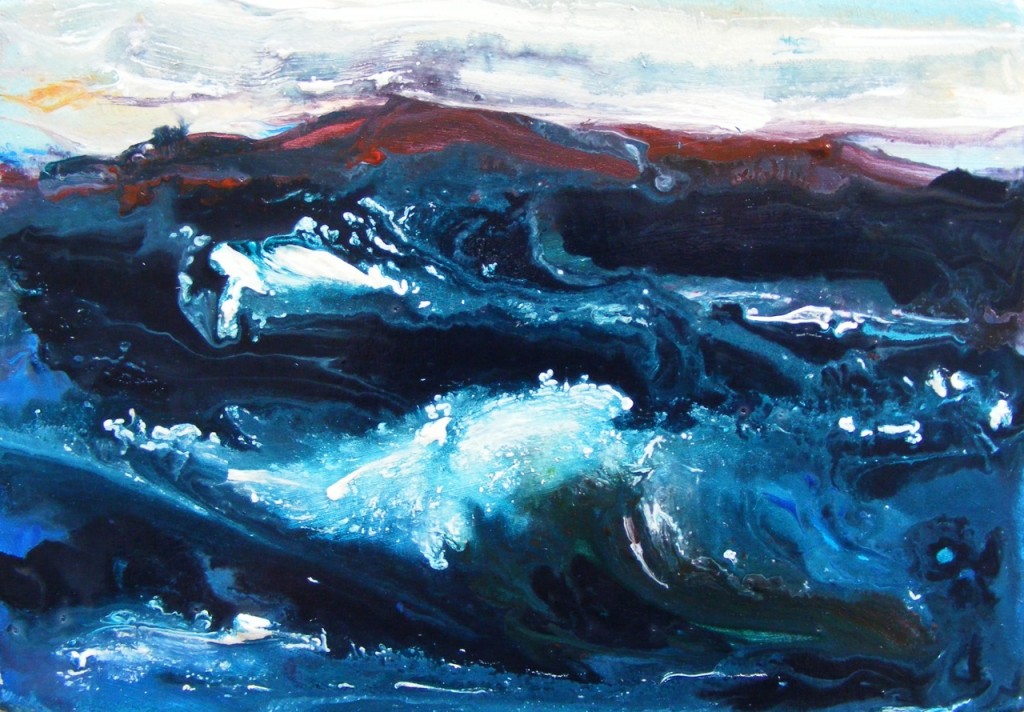 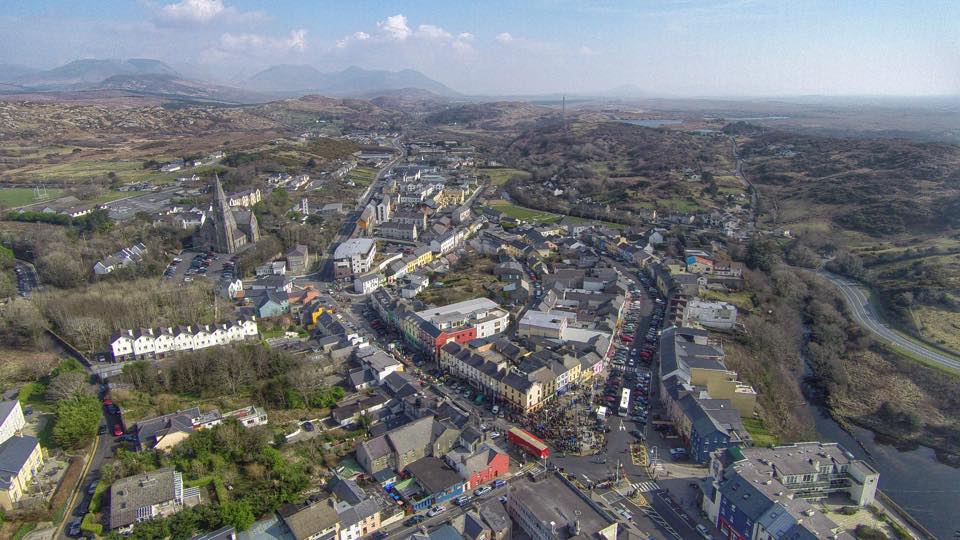 We woke to sunshine and blue skies in Clifden today, the 17th March, a notoriously unpredictable day on the weather front. In the last five years, we have had a couple of warm, dry St. Patrick’s day celebrations and at least two wet cold ones. 2013 was so wet, the parade had to be cancelled outright – I remember this particularly as my parents travelled from Dublin especially to see our girls in the parade. We had to make do with a low – key performance in our kitchen instead!  END_OF_DOCUMENT_TOKEN_TO_BE_REPLACED 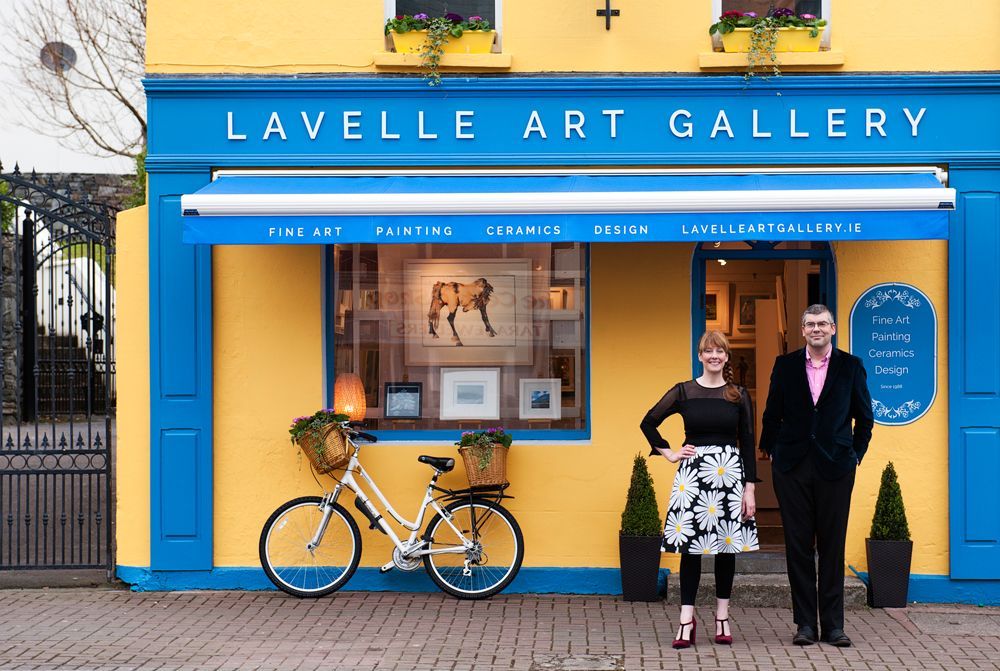 Here are our photographs as promised and this time taken by the professional – Aoife Herriott who lives and works in Connemara. Aoife came out to the gallery this week to shoot the outside of the shop ( and us ) and to take some photos of the interior. END_OF_DOCUMENT_TOKEN_TO_BE_REPLACED 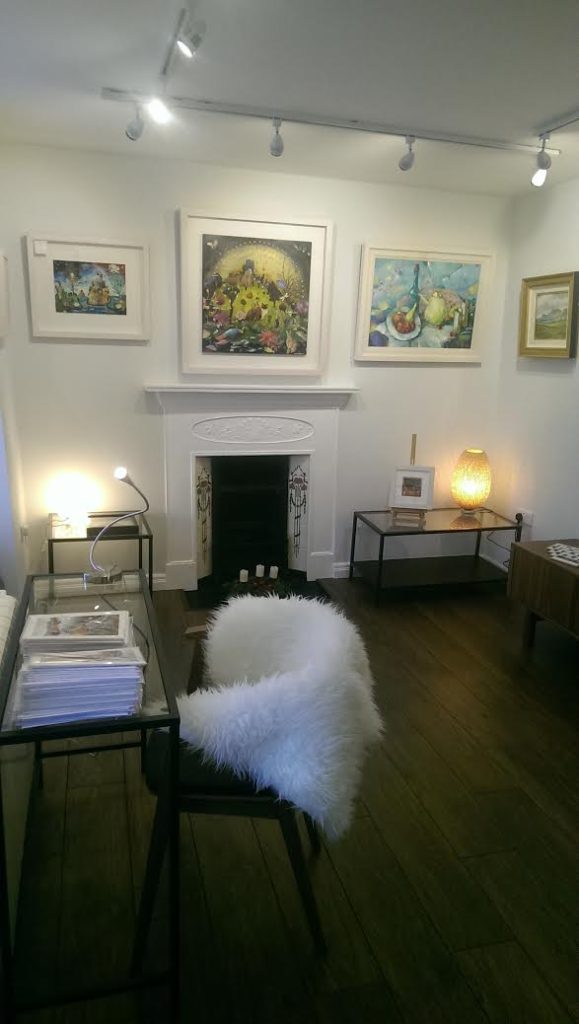 I took these photos of our new gallery room today – we are very happy with the results and all thanks go to our builder Martin Courcy from Cleggan who did a first rate job. Not so long ago, it looked like this.. END_OF_DOCUMENT_TOKEN_TO_BE_REPLACED 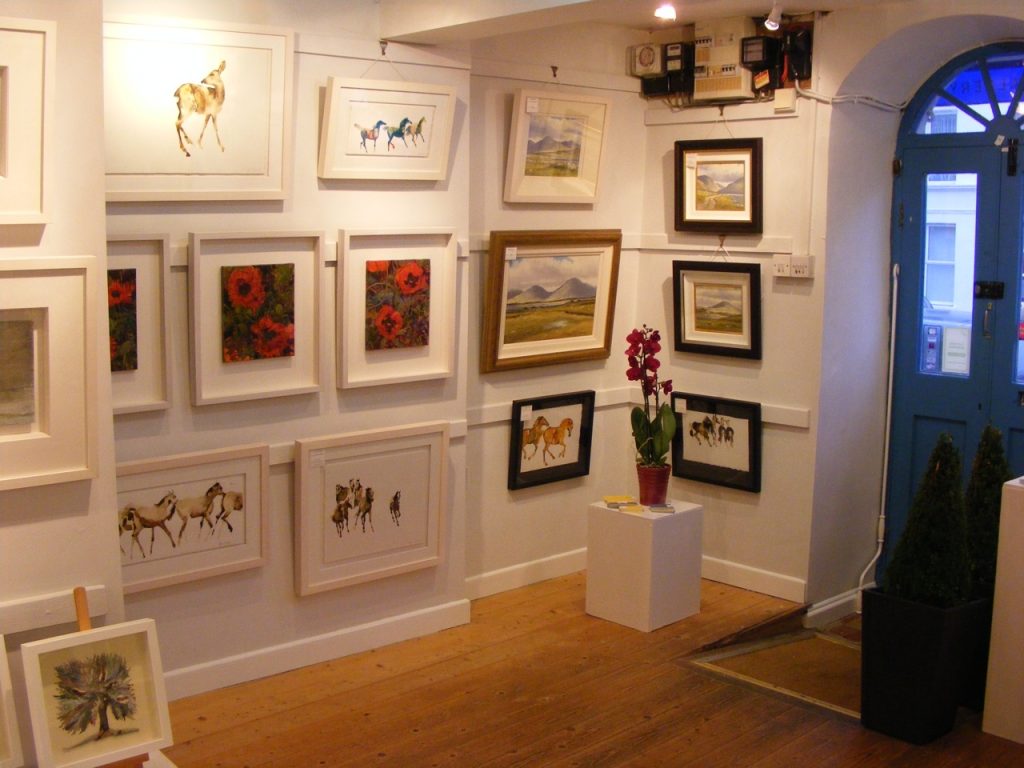 The Lavelle Art Gallery is open for Christmas after several weeks of renovations! We have extended our ground floor space so that our visitors can now view work upstairs. Where before you were greeted by a door just inside the gallery ( often covered in promotional material and cards ) we now have an open staircase leading to a landing space and a newly refurbished room. END_OF_DOCUMENT_TOKEN_TO_BE_REPLACED 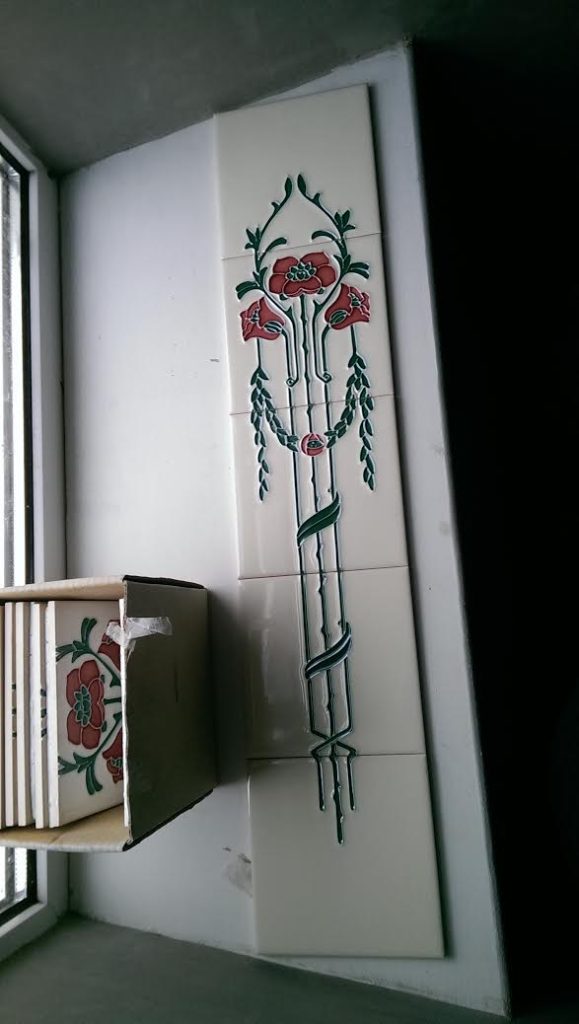 It occurs to me that I may be the only person on the planet who is seriously interested in what I am about to impart – the sad fact is that my life has been more or less taken over with the gallery renovation since it began earlier this summer. The exciting news is that we are making progress! The walls are now plastered and almost ready to paint, just a few more days for drying. The old carpet has been removed and I believe that the new flooring is going down as I type. At last we can get a feel for what this room will look like. Well, I’m getting a feel for it in any case 😉 END_OF_DOCUMENT_TOKEN_TO_BE_REPLACED 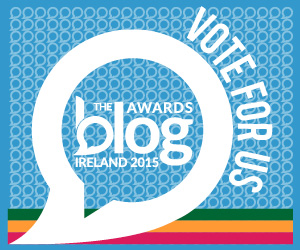 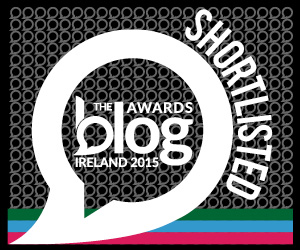